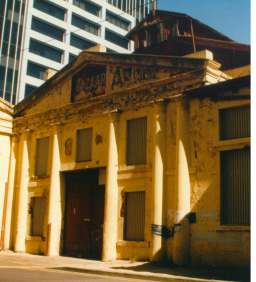 My short story ‘Nightfall’ has just been published on adda, the online literary magazine for the Commonwealth Foundation. The story was shortlisted for the Pacific region of the 2019 Commonwealth Writers Short Story Prize.

‘Nightfall’ is set in 1800s Adelaide and features the Prado Music Hall at the old Queens Theatre. Apparently it’s the oldest theatre in mainland Australia.

I was actually writing something else when the voice of the protagonist arrived. I scribbled it down, submitted it to a few places, had no luck, cut it by a third, thought why not, and sent it into the 2019 Commonwealth Short Story Prize – and was stunned to hear many months later it was shortlisted.

Since then, my short story collection Dreams They Forgot has been picked up by Wakefield Press and will be published in September 2020. ‘Nightfall’ will be in the collection.

My thanks to all involved with the Prize, and the Commonwealth Foundation.

Thanks also to Delma Corazon giving permission to use her photo.

The 2020 Commonwealth Short Story Prize closes on 1 November 2019. Entry is free, there’s a diverse panel of judges, and you can submit in a number of languages.